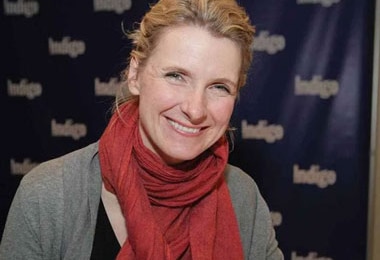 You may know her as the woman who ate, prayed and loved her way through Italy, India and Indonesia. It was a journey that put author Elizabeth Gilbert in the spotlight worldwide with her bestselling novel “Eat Pray Love.” The excursion came when the author was in her early thirties, following a heartbreaking divorce with her husband that sent Gilbert into a major depression, leaving her feeling hopeless and confused.

Gilbert, who says she is restless by nature, always loved travel. She chose to spend time in Italy, India and Bali because those destinations offered what she was looking for in herself at the time. “I wanted to kickstart my pleasure sensors again and where else to go but Italy for that?” she says.

Throughout her year abroad, Gilbert experienced great food, compelling company, restorative prayer and gained a vast appreciation for other cultures. Her memoir was named one of the best books of 2013 by The New York Times, O, The Oprah Magazine, NPR and Time and has since sold more than 13 million copies. It earned Oprah’s attention and Winfrey called Gilbert a “rock star author.”

Before the 2006 release of “Eat Pray Love,” Gilbert was a little-known author living in New York City, though her first three books—“Pilgrims,” “Stern Men” and “The Last American Man”—had all won awards and other honors; “The Last American Man” was a finalist for the National Book Award in 2002. A graduate of New York University with a bachelor’s degree in political science, Gilbert has been writing her entire life. A short story in Esquire in 1993 kicked of her career as a journalist, after which she wrote for Harper’s Bazaar, Spin, The New York Times Magazine and GQ, where her article “The Muse of the Coyote Ugly Saloon”—a memoir of Gilbert’s experiences as a bartender at the first Coyote Ugly table dancing bar in New York City—was adapted into the popular film “Coyote Ugly” in 2000.

When “Eat Pray Love” was adapted for film, with actress Julia Roberts playing Gilbert, the author skyrocketed onto the Hollywood scene and her fan base exploded. Fans raved about her story and came to her for advice on how to live a fulfilling life.

“None of us really know what our purpose is and I don’t particularly know what mine is, but if I had a wish for what my purpose would be, it would be to live my life in a way that gives other people permission to live theirs,” Gilbert says. Especially, she adds, for women who, even today, are “given such a narrow range of options as to what is considered appropriate behavior.”

On October 3, Gilbert will speak at The Cardinal at North Hills as part of the Art of Living Well speaker series, where she’ll discuss issues relating to women, travel, grief, recovery and creativity—“creative courage,” as she calls it—while encouraging listeners to live a creative life.

“My definition of a creative life is a life that’s driven by curiosity rather than fear,” Gilbert says. She encourages those looking to live fulfilling lives to drop the idea of passion and, instead, take the path of curiosity, which she believes is much kinder and allows people to live lives based on personal interests. Another of Gilbert’s ingredients for living well is mercy. In a world where we can be incredibly hard on ourselves and on one another, Gilbert invites people to cultivate a sense of mercy for themselves and understand that “you are just as deserving of forgiveness and grace as anybody else.”

Gilbert says we all live in a strange world and lead mysterious lives that are completely unpredictable and can’t be planned. Life comes with passion, devastation and fear, but Gilbert says she accepts that our lives are not stable and sometimes don’t make sense. The art of living well, Gilbert explains, is accepting that “literally anything can happen to anybody at any given moment, and that’s both terrifying and magnificent.”

“Be willing to accept stewardship of the weird life you’ve been given,” she says. “And be willing to show grace to yourself and to others.”