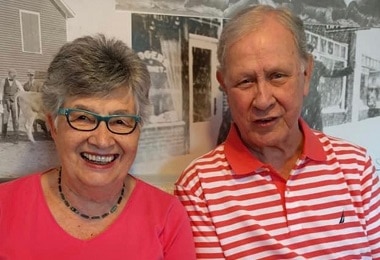 Raleigh was in the center of the action for a live concert featuring performances from student actors and singers were forced to cancel their shows.

The concert was shared with senior living communities across the country including The Cardinal at North Hills.

The goal was to give seniors a live and interactive experience while they continue to safely practice social distancing.

Together they’ve collected hundreds of performances from kids to famous artists, looking to share their craft.

Laura Benanti was also a part of Saturday’s live event, and she invited two residents of The Cardinal to join her for a live chat during the event.
Dick and Cindy McCarty were thrilled to participate. Both love singing and are members of the “Cardinal Chorus.”

The concert was streamed through K4Community, an app designed for senior living communities and available at The Cardinal.