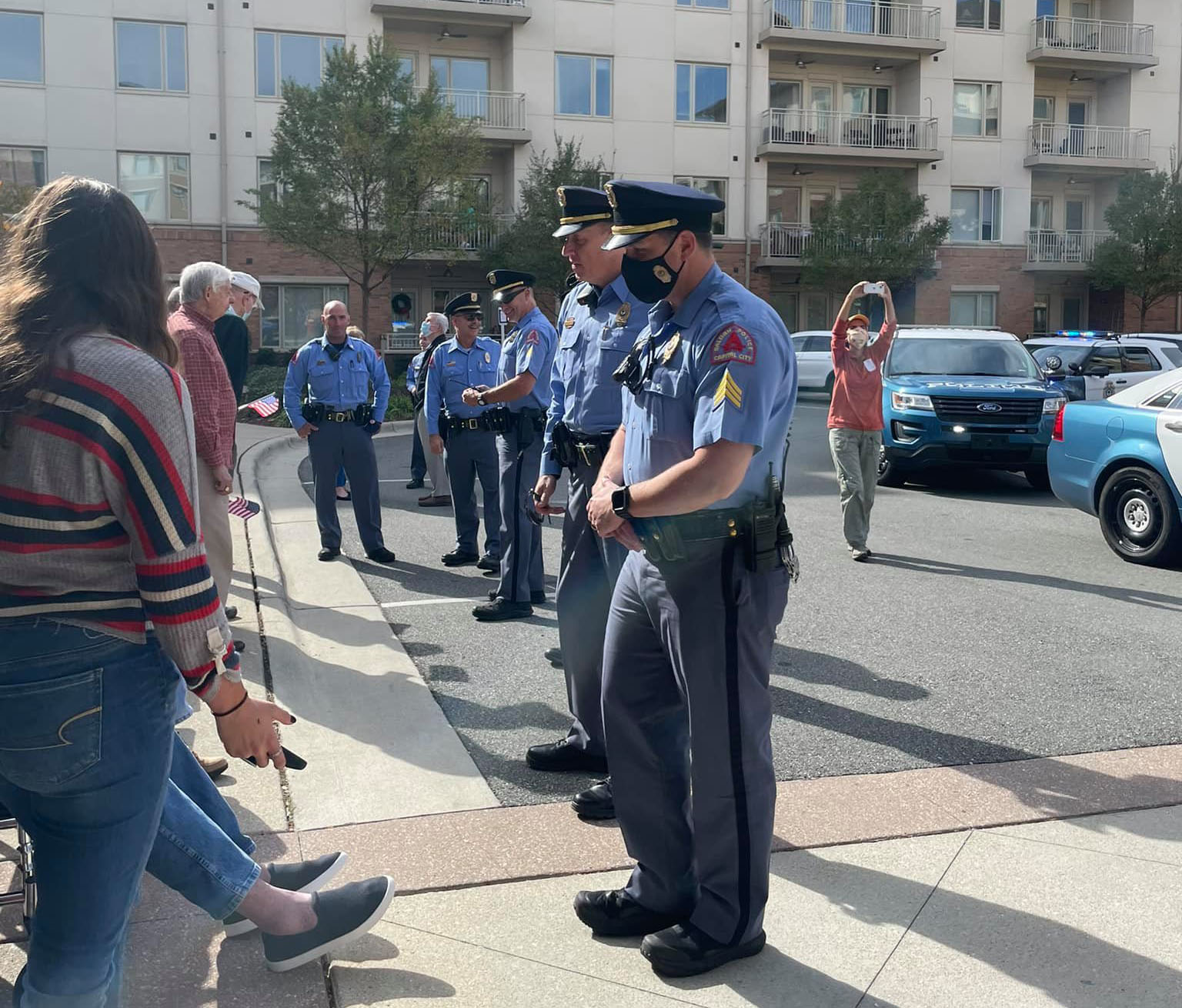 First Responders and Veterans Honored during Month of November

Veterans and first responders were the celebrated heroes of the month, and CBS 17 was on location at The Cardinal to capture both of these heartwarming events!

Earlier this month, the staff and residents of The Cardinal at North Hills extended a big thank you to members of the Raleigh Police Department, Raleigh Fire Department, Wake County EMS and other first responders for all the hard work they do to help protect those living at the senior living community – as well as the greater Raleigh community. Residents and staff braved the early morning’s freezing temperatures to thank the local first responders and make sure they are fed and caffeinated by providing them with free breakfast biscuits, coffee and orange juice.

Events such as this one help residents at The Cardinal stay connected and involved in their local community, which is why they’re a big component of The Art of Living Well program at Kisco Senior Living communities. This philosophy focuses on providing residents with whole-person wellness, and philanthropy and community involvement is a big part of that.

Raleigh Police Roll Out to Honor Retired Servicemembers at The Cardinal

About a week later on Veterans Day, the Raleigh Police Department returned the favor when they arrived at The Cardinal at North Hills in formation to parade out in front of the community and salute the veterans who call the The Cardinal home. The police offers personally thanked the retired servicemembers, who served in a variety of roles and branches of the US Armed Forces.

The moving salute was well-received by the residents, who thoroughly enjoyed the parade and relished the chance to visit with the many officers from Raleigh PD who turned out to show their gratitude.