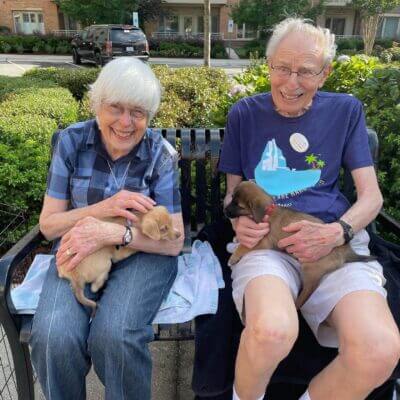 Dog Days of Summer Event in Support of “The Longest Day” 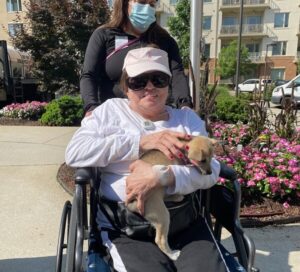 That’s why every year on the summer solstice (the longest day of the year), people around the world gather to recognize the millions of individuals living with Alzheimer’s disease and their caregivers – those who live the longest day every day. The Alzheimer’s Association encourages people all over the globe to use creativity and passion to help raise funds and awareness for the care, support and research efforts of the Alzheimer’s Association to fight the disease.

Naturally, wanting to join the fight against Alzheimer’s, associates and residents at The Cardinal at North Hills came together to raise awareness for the disease on Monday, June 21!

The Cardinal understands firsthand the toll the disease can have on those affected and wanted to do its part to raise awareness. This year, the community went all out with a “Dog Days of Summer” theme for the observance, which began at 7:00 a.m. and ended at 7:00 p.m. with a time of reflection in honor of the sunrise-to-sunset challenge faced by those living with the disease and their caregivers.

Throughout the course of the day, The Cardinal hosted a variety of events for residents, families and invited guests – including a resident dog walk, pet therapy sessions, dog breed bingo, dog biscuit making, and even puppy parade courtesy of Saving Grace Shelter. The event wrapped up with a Hot Diggity Dog Sunset Party cookout.

During the day’s event, The Cardinal team collected $1,786 in financial donations, which were donated to the local Alzheimer’s Association. We want to extend a special thanks to all those involved in making this such a special and fun occasion!